Viewpoint 2020: How the requirement for intuitive user interfaces (UIs) forces a lack of documentation

Some of these concepts, or more simply, some of these words, in certain spaces and strong in presence, remain. However, there are also those that remain on the surface or that pass by at the whim of fashions and the wind... The latter can often flay many of them by their apparent superficiality, futility. Then quickly they pass, but do they really pass? So soon met, so soon replaced by new trendy words. But is it really a replacement? Could it also, or instead, be a matter of maturation? Looking beyond the rhetorical gymnastic construction, or even more annoyingly, beyond the sophistication, it seems more and more obvious that over time thought becomes more precise and that mastery of the environment obliges us to define certain concepts more adequately. And the faster the evolutionary movement, the more frequent the adjustments. In the field of information technology, every day sees a new word coming up.

From user-friendliness to intuitiveness

Recently and obviously even today, it was common practice to address the issue of user interface (UI) usability.  As a key element of a successful user experience, usability directly referred to the ease and efficiency of use. The term was so widely used that its own meaning was diluted by its number.

But in reality, we were at the beginning of the understanding of the man-machine relationship and the term usability (even though it is still widely used today) still poorly illustrated and still only very poorly illustrates the desired relationship between the user and the system. Usability is above all the ease of appropriation, whereas today, in the digital age, appropriation implies that there is an effort of intellectual integration to be made. No, too far away, too slow, too foreign to allow identification.

In the digital age, it is no longer necessary to aim for user-friendliness, the goal is absolute intuitiveness that will allow the user to be ONE with the interface of his system.

Conviviality is to perception what intuitiveness is to insight. A user-friendly interface allows a sensitive perception that facilitates the user experience, while the intuitive interface is the fusion of user and system.

Documentation as a consequence or symptom

The digital age comes to us without instructions, without a manual. A blunt argument. So easy, so naturally appropriate, so intuitive that any documentation is useless. A truism. Pretending to be intuitive by having documentation, even a summary one, would sow ambivalence. Anxiety. Doubt. To be avoided.

But whether or not absolute intuitiveness is achieved, the objective remains whole and perfectly valid. And even if each version of the X system allowed us to halve the gap between us and the goal, even if it were unattainable, the goal would get closer and closer. Interesting for a tool.

System without documentation: Proof of the suitability of a system tailored to the users and their needs.

Will you take the chance? Would you dare? However, the proposal could consist of optional, super-user, advanced level documentation... In fact, it doesn't matter. Aiming to use documentation only in exceptional cases already shows real consideration for the user. 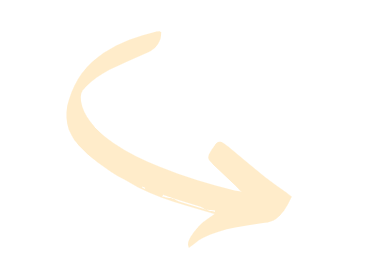