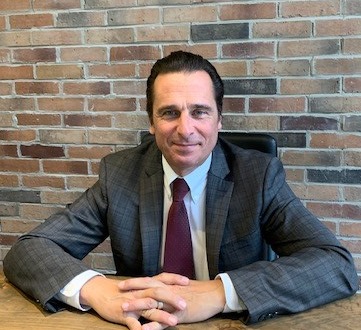 The last few months have been interspersed with sustained discussions reported in various media and in several spheres of activity about the skills of business leaders. Certainly, in times of crisis, such questions easily come to the surface. So what are the key competencies needed by a leader? What is needed in terms of ethics, values, collaboration and results-based management in order for the leader to be a catalyst for the mobilization of human capital?

To answer this question, we met with Steve Whigham who is the Executive Director of Global Strategies at SINA. He holds an MBA and is a recognized speaker in the business world. Also, he has been teaching at several universities (Anderson University, Clemson University, Northland International University and others) for many years. He has coached many leaders and has over 35 years of experience and more than 100 skills development projects to his credit.

It is with great pleasure and generosity that Steve Whigham has painted a surprising portrait of the leader we are looking for. This month, we offer him our pen.

The crisis as a revealing contextual agent

It's when things get really bad that the best and the worst are revealed. Simply the real thing. In so many crises are distinguished in broad daylight the managers who are true leaders from the managers who maintain innocent continuity. Continuity being the enemy of adaptability, any impediment to empowerment is a sign of condemnation. Blindness precipitates pretension against the wall. Impact.

It is fascinating how people do not learn from one crisis to the next, how deeply entrenched biases in decision-making can be, how easily man can modulate his environmental outlook to conform to his own vision. Adaptability is an essential resource in times of crisis and this adaptability cannot be without autonomy. Then, the adaptability of a company is proven when supported by the leader whose key competencies are present.

The tiny minority that has been able to take the stakes of a crisis and turn it into a strategic advantage, not only survives and stands out but takes the lead in asserting business supremacy whose impact is absolutely extraordinary considering the delta between the lowest point of the curve and the performance reached the exit point. Given the context of the current crisis, the companies that will emerge stronger will be those that have been able to find ways to adapt, to adopt new technologies at an accelerated pace, and to redirect their human capital to be more efficient.

"The quality of a company depends on the decisions made by its leaders and the actions taken in response to those decisions."

This is not the time for alarmism or defeatism. Have we forgotten? Many believed that the end was near at the time of the industrialization of agriculture and tried to respond with a Malthusian economic approach. And yet. Then came the industrial revolution, which brought its share of fears anchored in a collective unconscious whose darkness no longer had any substance.

Adaptation is the only possible way to avoid disappearance. And this adaptation necessarily involves the ability of leaders to look at what is happening outside each of the spheres of activity specific to each company. Listen, understand, learn, and then serve again.

It is the leader's responsibility to make the right decisions, especially in times of crisis, and especially if those decisions are difficult. With responsibility comes the weight of responsibility. Unfortunately, the usual dynamics of the decision-making process mean that the decision-maker is naturally and unconsciously inclined to ignore data and information that do not support his or her view of things. A pernicious version of natural selection: the blinkers of pretentiousness. The proven talent of leaders who know how to mobilize human capital as a sine qua non for exponential growth towards unexplored heights, versus the seemingly reassuring continuity while waiting for it to pass? A few examples:

Don't do any work. You are not asked to sell Samsung there. We just want you to listen, pay attention, get to know the people, get to know their world and understand how they see life and how they do, how they interact with their world. And so, all these executives spent a year integrating their environment. They were paid to sit in coffee shops, talk to people, do nothing else, just observe.

Finally, they would come back to the office and make presentations about who their client was to their management team.

"The leader's ability to mobilize his human capital to truly serve the company's customers and go beyond their needs is the key to keeping supply in line with demand during and after a crisis."

The path to follow becomes that of perpetual questioning: humility as the keystone

But beforehand, the leader should also be in constant consultation, in constant collaboration with people around him or her who do not agree with him or her. Questioning the initial hypothesis, putting its foundations in perspective, and bringing out the biases.

Most of the time, decisions made in silos are emotionally charged and biased. Unfortunately, decisions made with confidence are usually the result of arrogance. This is the Dunning-Kruger effect, also known as the overconfidence effect. In contrast, René Descartes in his Metaphysical Meditations wrote: "The only thing I am certain of is that I am certain of nothing".

Humility then becomes the keystone that allows openness, collaboration, listening as a support for adaptability.

Many managers tend to surround themselves with "yes-no" blessings. So easy. They like to surround themselves with people who say like them, simply. "I'm going to confirm my vision of the world. I don't want to be challenged. "But it's those managers who make bad decisions. However, managers who are truly open to the debate of ideas are those leaders who are much more successful at making the right decisions.

Too often leaders believe that their clients remain silent. Yet you hear them screaming, don't you?

Stay up to date with upcoming communications.

We write about what matters.